Welcome to the first installment of our Street Fighter League recap series. Each week, we will give you the highlights of each match, as well as a breakdown of what transpired. In week 2, we saw the debut of teams Psycho Shinobi and team Dynamite, as well as the two winners of week 1 facing off with team All-In and team NASR.

First up was Psycho Shinobi, consisting of HotDog29, Caba, and Xian against Dynamite. Team Dynamite consists of Smug, MenaRD, and Gamerbee. This is a roster change for Dynamite, as NuckleDu and Problem X were both replaced by MenaRD and Gamerbee. Psycho Shinobi’s character ban was for Balrog, specifically targeting Smug. Likewise, Dynamite chose Guile to target Caba forcing him to move to his secondary, Ryu.

The first match of the night was Caba vs Smug, who, despite an admirable effort with his Ryu, lost 2-0 to Smug in a dominating performance. Caba was only able to take one round between both games. The second match was HotDog29’s M. Bison against Gamerbee’s Seth. HotDog29 showed an equally dominating performance, taking the match 2-0 and ending game two by expertly baiting out an EX Mad Cradle from Gamerbee. 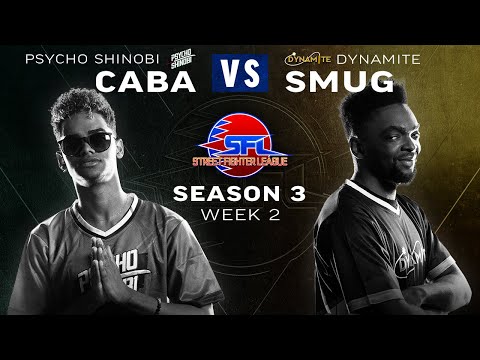 A strong start for team Dynamite

The third match was Xian’s Seth versus the 2017 Capcom Cup champion MenaRD and his Birdie. MenaRD began the match with a strong game and finished by making it 2-0. Xian followed suit by running back both games two and three 2-0, not giving MenaRD another round for the rest of the match. The fourth and final match was Smug’s G versus HotDog29’s Bison. This match was a back and forth blow out as Smug took game one 2-0, followed by HotDog29 taking game two 2-0.

Game three began with an amazing round one finish from HotDog29 as he closed it out with a conversion from Bison’s V Skill 2 explosion into an air follow up. HotDog29 then went on to take game three 2-0 winning the day for team Psycho Shinobi 3-1. HotDog29 showed the best performance we have seen in Street Fighter League so far this season, and in a post-match interview with RobTV credited his team’s performance to studying match videos and previous performances.

The next match was both of the winners from week one, the first being team All-In consisting of last year’s Capcom Cup champion iDom, as well as SKZ and 801 Strider. They faced off against team NASR which includes BigBird, AngryBird, and Street Fighter League veteran, Samurai. All-In swept team Alpha 3 during week one 3-0 and NASR beat UYU in a much closer match, 3-2. Team All-In decided to ban Akuma targeting Samurai, and NASR chose Poison, hoping to help against iDom. 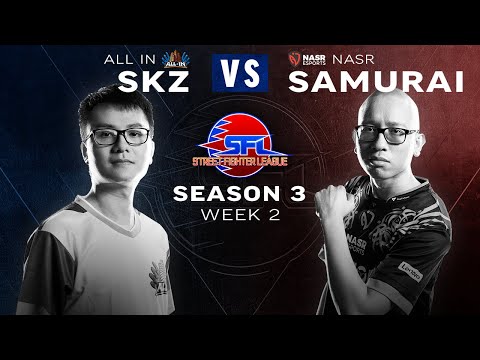 The first match was 801Strider’s G versus AngryBird’s Seth. AngryBird won game one 2-1, finishing the second round with a perfect. He then went on to win game two 2-0 putting team NASR in the lead. The second match was SKZ’s Seth and Samurai’s secondary, Kage. This was another quick match as SKZ won game one 2-1 and game two 2-0. Despite being a newcomer to the competitive scene, SKZ has already proven his worth taking out both Punk in week one and now Samurai in week two, both of whom are high-level tournament veterans.

The third match was iDom’s Laura versus BigBird’s Rashid. Using the costume he designed for Laura after winning the Capcom Cup, iDom took game one 2-0. BigBird followed suit though by winning game two 2-0, but he lost again to iDom in game three 2-0. Next up was SKZ versus AngryBird in a Seth mirror match. Despite SKZ’s fantastic performances, AngryBird’s masterful control of Seth won him games two and three after losing game one 2-0 to SKZ. Both teams were tied 2-2 and the following match would decide it all.

The fifth and final match of the night saw iDom against AngryBird’s Seth, which is definitely not an easy matchup for Laura, as Seth can control the ground in neutral so well. AngryBird gets a perfect in round two of game one, winning him the set 2-1. In game two, AngryBird won the first round and is sitting on tournament point. iDom manages to take it back by winning game two 2-1. Then in game 3, right before the match starts, iDom declares to his teammates: “I see how he’s playing.” With a pixel of life left in round one, iDom baits out an EX Mad Cradle from AngryBird for the kill and then proceeds to take game two 2-0. Team All-In wins for the second week in a row going 3-2. 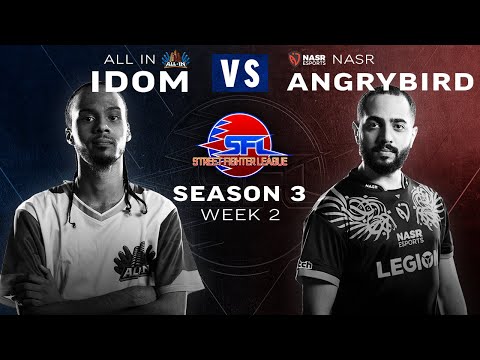 Team All-In is definitely a force to be reckoned with as we move into week three, which will pit Dynamite versus UYU and Psycho Shinobi versus Alpha 3. Week 3 will begin on October 22 at 7 PM ET, and you can catch it on the Capcom Fighters Youtube and Twitch channels.