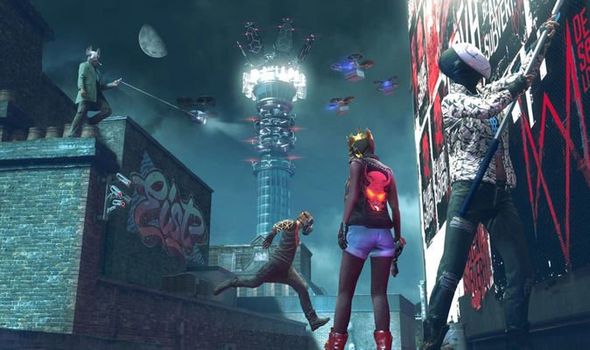 We will use your email address only for sending you newsletters. Please see our Privacy Notice for details of your data protection rights.

Ubisoft is gearing up for a busy few weeks, with three of their biggest games launching over the coming months. The first to arrive is Watch Dogs Legion, a new instalment in the series that has suffered from multiple delays. The good news is that we have a firm release date for the highly anticipated launch, with Ubisoft confirming its plans for Thursday, October 29, 2020. And the best bit is we also know exactly when gamers will be able to log in for the first time and start exploring the familiar haunts of London.

Ubisoft has confirmed that the official Watch Dogs Legion release time has been set for midnight local time (12:01am) for most regions, on Friday, October 29, 2020.

As an example, gamers in the UK will be able to start playing at midnight, alongside those in other European and Middle Eastern time zones.

It’s the same deal for those in the United States, meaning there is no early access for players in the PDT time zone.

When it comes to platforms, PS4, Xbox One and PC players will get to start playing at the same time, which is great news.

The only difference to the times listed above is for those using Google Stadia to play Watch Dogs: Legion.

According to the official launch schedule, Ubisoft will be launching Legion on the Stadia platform at midnight October 29, EDT in the US, and midnight CET in Europe.

Another option to make sure you’re ready to start playing is by using the preload option, which is available on all compatible platforms today.

Here are the confirmed download sizes for Watch Dogs: Legion on each platform:

If you’ve bought a physical version of the game, start the installation process from the disc. You will then be asked to download a 6.19GB patch. For digital installations, players can expect a 40.4GB download. The final installation size on PC will be 45GB, plus an additional 20GB for the optional HD textures.

XBOX ONE: If you’ve purchased a physical copy of the game, begin by installing the game from the disc. You will then be prompted to download a patch of 1.85GB. Digital installations will download ~37GB. Final installation size will be 35.7GB.

PS4: Physical editions will start the installation via disc and will download a 2GB patch to complete installation. If you’ve purchase a digital version, you can expect a 33GB download. The final installation size on the console will be 33.9GB.

Local language packs will be available for all versions and platforms on launch day and are an additional download between 4GB-5.2GB.

Players who own an Xbox One X or PS4 copy of Watch Dogs: Legion will be able to upgrade at no extra cost.