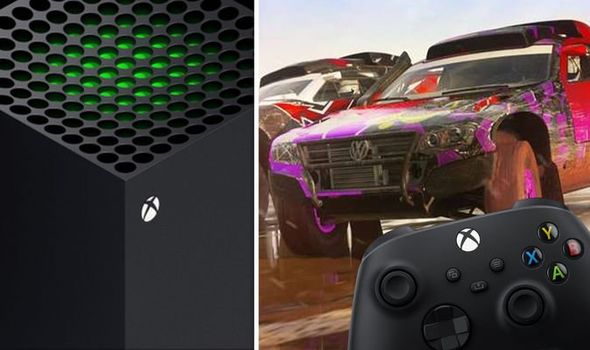 We will use your email address only for sending you newsletters. Please see our Privacy Notice for details of your data protection rights.

The Xbox Series X is a solid, workmanlike console that feels more evolutionary than revolutionary.

It’s got the speed, power and performance nailed down, but it lacks the same next-gen flair as the PS5.

Think of it like the Ricky Steamboat to the PS5’s Ric Flair; the Niki Lauda to Sony’s James Hunt; and the George Foreman to PlayStation’s Muhammad Ali (George Foreman was actually pretty charismatic, but you get my point).

In many respects the Xbox Series X is superior to the PS5, but the more exciting next-gen PlayStation will get the headlines.

The Xbox Series X is certainly the better looking of the two new consoles, sporting a towering design that looks like a dark monolith dedicated to the gods of gaming.

It may have gotten a lot of stick when it was revealed – and it’s nice to see Microsoft embrace the fridge memes – but I actually quite like the way it looks.

You may have a tough time fitting it under your TV – even on its side it’s pretty bulky – but the grated top with a splash of Xbox green looks rather striking.

On a practical note, the grated top ensures the powerful next-gen device doesn’t overheat, or make much noise. The trade-off is that it lets out more hot air than Donald Trump.

Seriously, if your heating ever goes down and your hands are cold, just turn on your Xbox Series X, pop in a 4K/60fps stunner, and use it as a fan heater to warm yourself up.

That’s not necessarily a knock on the console, but for safety’s sake, it is worth keeping the top clear and unobstructed when you’re playing.

Going back to an earlier point, nothing sums up Microsoft’s evolutionary approach more than the controller, which is basically just an Xbox One pad with a few upgrades.

In fairness to Microsoft, there was very little wrong with the Xbox One controller, which is one of the most shapely and comfortable around. Particularly suited to modern shooting and racing games, Microsoft has clearly gone down the ‘if it ain’t broke, don’t fix it’ route.

My favourite thing about the new Xbox controller is the D-pad, which despite being a bit loud and a tad ‘clicky’, is finally fit for purpose when playing arcade classics and 2D fighting games.

If you’d rather plug in an arcade stick for your brawlers, the Xbox Series X is also compatible with existing Xbox One accessories, which is another major plus and potential money-saver for customers.

Long-time Xbox fans will also notice the textured back and textured trigger buttons, which are presumably there to improve your grip during sweaty gaming sessions.

If you don’t have sweaty hands or your name is Prince Andrew, then it’s a minor change that won’t make much of a difference. For the rest of us, however, it’s another tick in the pros column.

While the improved rumble greatly benefits games like Dirt 5 – where you get a real sense of the different surfaces through the controller – the PlayStation 5 haptic feedback and adaptive triggers are in a whole different league, making Microsoft’s efforts seem rather ordinary by comparison.

The sense of familiarity continues when you turn on the Xbox Series X and are greeted by what is essentially the same dashboard as the Xbox One.

This is all part of Microsoft’s strategy of unifying its ecosystem, where content is shared and scaled between devices. No complaints there. 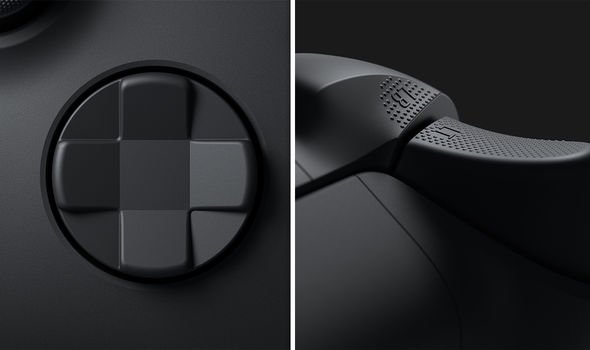 After years of improvements, the Xbox dashboard is the best it’s ever been, but it doesn’t feel particularly fresh or exciting.

Much more exciting are new features like Quick Resume, which lets users speedily switch between different games and continue where they left off.

Once you’ve got a few games loaded up, using the Quick Resume feature is as simple as hitting the Xbox button, selecting a different game from the menu, and waiting a few seconds for your games to switch.

Think of it like having multiple tabs open on a computer and switching between them. It even works when you turn your Xbox off and back on again.

I did have some issues switching between older games – particularly classic Sega games, strangely enough – although it worked quickly and seamlessly with pretty much everything else.

As well as being a potentially fun and convenient tool, Quick Resume really highlights the speed and power of the Xbox Series X.

Starting games, loading up the console itself and switching between titles is incredibly speedy. Xbox Series X loads most original Xbox and Xbox 360 games within seconds, and can potentially shave minutes off some of the more demanding Xbox One games.

Judging by pre-release tests on like-for-like games, the loading times seem to be quicker on Xbox Series X than PS5, so that’s a nice bonus.

As you would expect from such a powerful machine, games that have been optimised for Xbox Series X look fantastic and perform smoothly.

Gears 5 and Dirt 5 were the early pace-setters in the looks and performance department, although Assassin’s Creed Valhalla has impressed me in the very short time I’ve had with the game since its midnight launch.

As shiny and smooth as these games look and play, this does, however, bring me to my biggest criticism of the Xbox Series X, which is the lack of killer apps to really kickstart the next-generation. 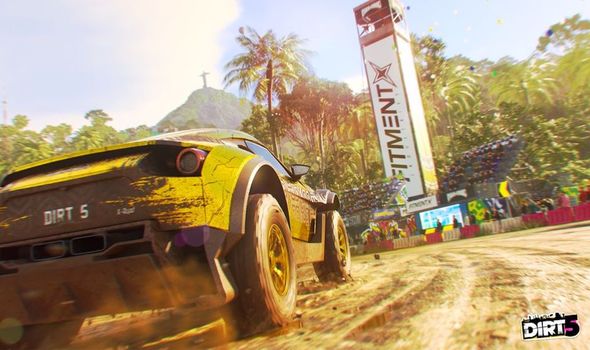 The Xbox Series X launch line-up features plenty of heavy-hitting third-party releases, but no major console or platform exclusives that really show off the machine’s power.

When you buy a new console you want something that wouldn’t be possible on the devices you’ve paid big bucks to leave behind, and the Series X doesn’t really have that.

Yes, games like Gears 5, Forza Horizon 4 and Sea of Thieves have never looked better than they do on Xbox Series X, but it’s not the same as a brand new game that’s custom built for the hardware.

On the plus side, Microsoft’s Game Pass subscription service has never been more appealing. For £7.99 (or £10.99 if you opt for an Ultimate subscription with multiplayer access), Xbox Game Pass is incredible value for money.

The addition of EA Play titles and Bethesda releases means you’ll have access to literally hundreds of games with your subscription. This includes first-party releases like Sea of Thieves, Gears 5, Halo Master Chief Collection and Forza Horizon 4, as well as third-party hits like Final Fantasy 15, Kingdom Hearts 3, Battlefield 5 and Monster Hunter World.

With Microsoft’s purchase of Bethesda, you’re also getting games like Doom Eternal, Fallout 76 and Elder Scrolls Online, not to mention future games on the day of release – the next Elder Scrolls, Starfield and inevitable Fallout sequel, for example.

The same is true of upcoming Microsoft games like Halo Infinite, which subscribers will be able to play on day one.

Indeed, get an Xbox Series X with a Game Pass subscription for Christmas, and you may never have to buy a new game again.

With impressive technology powering the device and an excellent subscription service to keep players entertained, the Xbox Series X is a great choice and good value for anybody looking to purchase a powerful new games console this holiday season.

It’s not the most exciting new console ever released, but it’s got the power, speed and potential to make a big impact for years to come.